Announcing our $32 million Series B from Thrive 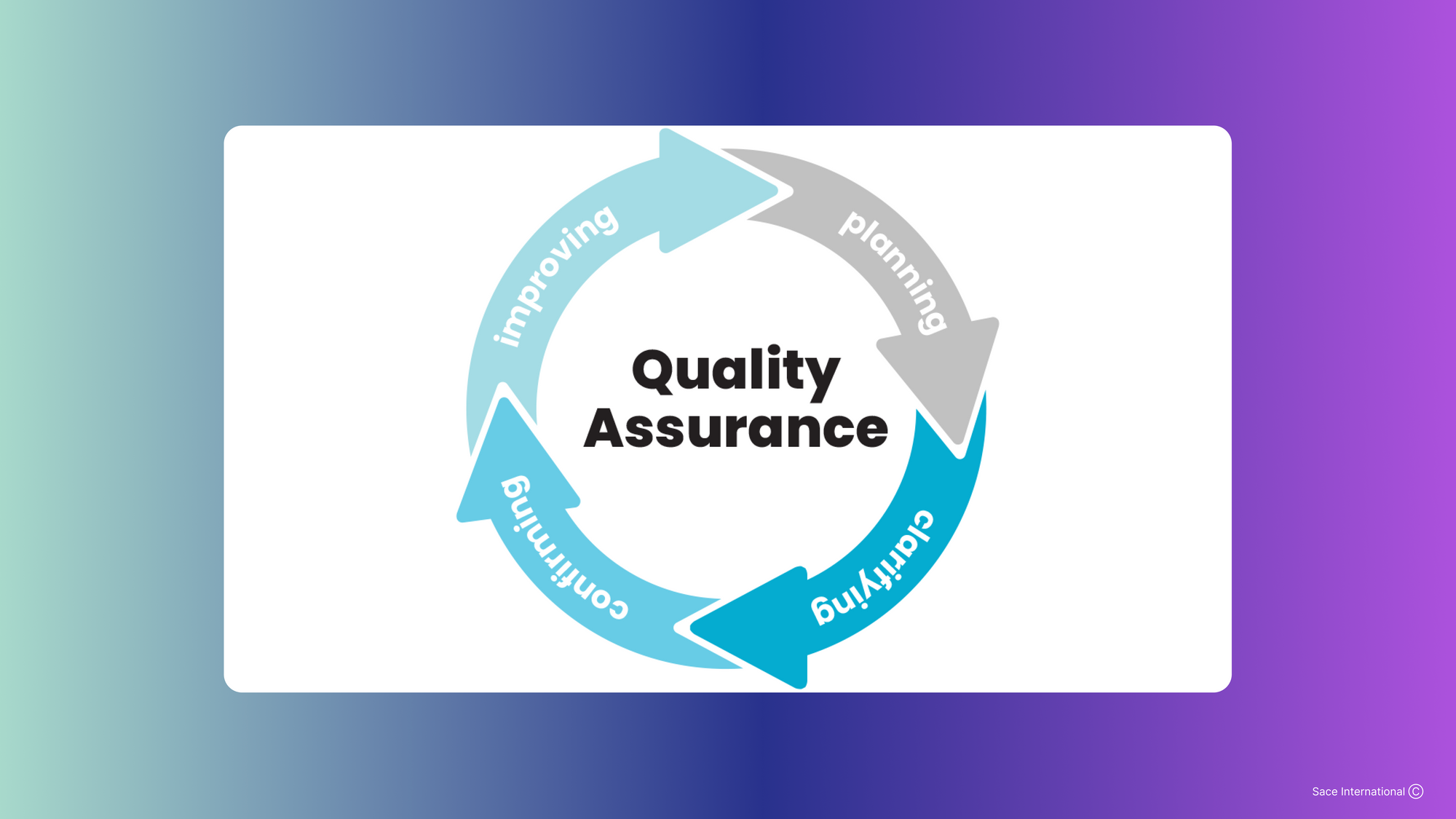 The essentials of QA automation

Just about every company eventually experiences the tough decision of how much to invest in QA automation and improving overall quality. Automated testing involves the execution of test cases without manual intervention. Producing quality software is one of the prime deliverables of agile methodology, and automating quality assurance procedures is a major part of releasing reliable software.

Many organizations face the task of creating a scalable QA automation framework but have no idea where to begin, ultimately ending up with a solution that does not fit their business needs. In this article, we'll discuss what QA automation is, why it's so useful, and some tips and tools that can help you get started with it.

What is QA automation?

The focus of quality assurance (QA) is to help test software before releasing it to ensure it meets a quality bar. QA automation is the process by which you can automatically run tests on your software to flag any issues. It helps teams rapidly detect issues in their code and fix them, thereby improving overall software quality.

Why is QA automation important?

There are many reasons why an organization might choose to invest in QA automation—let’s take a look at a few of them.

One of the main reasons to invest in QA automation is to leverage repeatable testing processes that save time.

Imagine manually testing an application that deals with fifty rows and thirty columns of data. Running test cases on various combinations of data values for new versions of the software quickly becomes unnecessarily time-consuming. Instead, your automation team can reduce the burden of manual work by 1) transforming your tests into scripts and 2) automatically running these test scripts anytime there's a new version of the software.

Having a suite of automated test cases is necessary for the testing phase in the CI/CD (continuous integration, continuous delivery) pipeline. When you merge code or try to release a new version of software, CI/CD optimization ensures that your CI/CD will automatically run tests to make sure your release meets your quality standards. If done right, you shouldn't be able to even deploy the software if these tests fail.

For example, you can use a tool like CircleCI to run these tests and prevent code from being merged with errors. In addition to saving money, having automated test scripts in place that can be placed in a CI/CD setup yields better-quality software due to continuous testing with each deployment during a release.

For example, let's say you have an application that spans across multiple different datasets. With a well-maintained QA automation setup, it's easy to run smoke tests on specific versions of the app and regression tests on different versions in parallel. In general, QA automation helps cover more test scenarios and ensures that all scenarios and variations of inputs you could have are covered within your test suites.

QA automation results in actionable reports. Without QA automation, a QA engineer would need to manually collect information about errors, figure out which product teams the resulting errors correspond to, and then reach out to those teams to fix the issues. With QA automation, these reports are automatically generated and engineers are automatically pinged on relevant issues. Automated reporting also helps identify issues as early as possible and speed up the release process.

Get started with QA automation

CI/CD is a tool that's integral to organizations of all sizes. It's not just known for enabling faster releases, but also for ensuring each release consists of high-quality code. This requires an automated suite of test cases, as well as having the right QA automation infrastructure in place. As you can imagine, there’s a lot that goes into creating a sustainable framework with scalable test plans and test cases. Let’s take a look at some ways to get started automating your QA tasks.

There is a common understanding in the QA world that nothing can be 100-percent automated. This is why we want to define the scope of our test suite and decide which features and which test cases we should prioritize automating. By looking at where you have repetitive processes and what areas you're most likely to run into issues, you can come up with a specific list of features and modules to determine the scope of the automation project.

Other considerations when defining the scope include team size, capacity, budget, and anticipated time to create the framework and test scripts. Once you've defined the scope of your automation project, you should consider using automation tools to help with testing.

There are a number of automation and workflow-building tools out there that can help with quality assurance. Here are a few recommendations for automation tools that are worth checking out:

Airplane is a developer platform for quickly building internal tools. Airplane allows you to automate recurring tasks and build powerful workflows. Airplane also allows you to manage your tasks the same way you would the rest of your production code -- you can do things like version control and integrate with your CI/CD systems.

It’s valuable for both engineers and non-technical teams, significantly reducing the number of hours that would otherwise be spent on manual tasks. Airplane also provides schedules, permissions, audit logs, approval flows, conditional logic, environments, integrations with Slack and GitHub, and more out of the box. You can sign up for Airplane for free and building your first workflow takes just a few minutes.

Superblocks is another tool that can integrate and query data sources like Amazon S3, MongoDB, MySQL and others to build internal applications. Users can leverage the built-in components to create and automate workflows, connect to APIs, and schedule jobs. Superblocks also comes with a number of integrations out of the box. The reports and user analytics data provided by Superblocks can be useful in determining the number of users who access your applications.

Retool is a popular low-code platform used to build internal tools with easy-to-use drag-and-drop components. Retool is known for its large component library but also offers engineers the opportunity to add custom code in the platform. Retool allows you to create apps with building blocks consisting of tables, lists, charts, forms, and maps. While Retool apps take some time to build and structure soundly, they can be powerful tools for creating customer-facing and other internal dashboards.

Similar to Retool, Internal.io is a low-code/no-code platform that's known for its multitude of drag-and-drop components. Linking records and mapping images and data are very fast and easy in Internal.io and don't require any code. Internal.io uses data sources just like the other tools, but also incorporates something called “spaces.” Spaces can be treated as apps, which are then organized and integrated with other components provided by Internal.io.

In order to succeed in your automation project, you need to be strategic in implementing the right QA framework. The framework should be scalable and flexible and must be able to accommodate client requirements as well as rapid software changes.

Many organizations that lean toward automation find themselves with a huge number of manual test cases and suites. Naturally, the number of tests that need to be automated also increases as the application scales, which often contributes to an early failure of the testing framework. To avoid this, it’s important to design a long-term strategy with a framework solution that will address the scalability and maintenance of test cases and test plans. For instance, you should include the ability to mark a test case as retired, or add a process to archive test cases. You may also want to include documentation for all the changes and updates made to your application.

For instance, if your application is a mobile app, using the open source mobile testing framework Appium is not enough. A QA engineer also needs to determine whether the overall QA framework supports the language (Python, Java, Javascript, etc.) that the team is comfortable with and determine what other testing plug-ins and integrations are necessary to support the application’s speed and scalability. Creating a strategy that accommodates automated mobile testing, web testing, and support for multiple languages would be ideal in this scenario.

Set up the environment

Setting up the right QA environment to create the initial tests is crucial, although it can be time-consuming to get started. Here are some best practices to keep in mind when setting up a test environment for automation:

Quality is almost always better than quantity, and this holds true in the case of software QA automation as well. Making your test plan scalable does not mean you have to find a way to fit thousands of test cases for one release.

Structure the test cases by ensuring the suites are segmented into the following test categories: smoke, end-to-end, regression, integration, etc. Keep in mind that you can reuse test cases to avoid duplication of work. Finally, set up the right infrastructure by determining how and where the tests should sit in the software delivery pipeline.

Once you have the framework in place, start automating the test scripts. Test scripts should be reusable, easily understood, and documented for another person to comprehend easily. Execute the test cases based on the suite that is selected. For instance, if there is a big software release, ensure that the automated regression suite is kicked off and monitor the test results.

One of the final and most important steps in QA automation is making sure you have reports on your test results. The reporting stage gives valuable insights such as the number of consistently failing tests or configuration issues. These reports help developers and QA engineers improve the quality of software releases.

Creating a QA automation setup from scratch isn't easy but you can ensure quality assurance by implementing best practices and leveraging automation tools like the ones described in this article.

If you're looking for an easy-to-use automation tool or found anything in this article interesting, you can watch a quick 4-minute demo of Airplane and sign up for free to try it out!

Sheekha Singh is the author of "The IT Girl: 3 Steps to Find Career Options for Young Women in Tech" and has worked in the IT/tech industry specializing in QA automation for 7+ years.